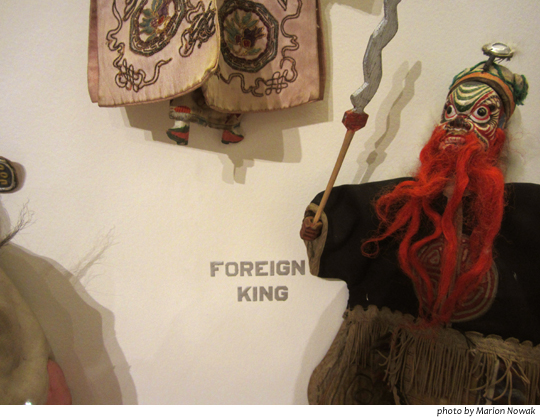 This week is the 10th anniversary of the invasion of Iraq, and here is an antique Chinese puppet I have been thinking about as the week has approached.

This puppet shares one thing in common with every culture: it shows how much every people hates the invader.  Barging in with his superfine uniform and his out-there weapons and his different hair.

He’s got a fancy story about why he came, and behind it,  behind the flamboyant red beard,  is the greed, the cold, sturdy greed, and the cynical laughter.  Look, they believe me!  Hilarious!

That grotesque, proud, self-satisfied face tells you everything about his soul.  He is ruthless.  Also, he is a puppet.